An in-depth analysis of the Chinese wine market, including Chinese preferences when selecting wines, purchasing sources, import regions, and a prediction of future market growth.

Following along with the rising standards of living and lifestyle changes, China’s demand for grape wine has been steadily increasing to the point that it is now the world’s fifth-largest consumer. And China’s regular wine drinkers are no longer limited to the middle and upper classes, either.

Recently an increasing number of younger Chinese have started to drink wine, as well as more of the middle-aged and elderly population who have adopted the habit for its health benefits. Even at formal occasions that require alcoholic beverages, such as banquets and business events, the Chinese are now more inclined to choose grape wine than ever before.

According to a 2019 study by the Hong Kong Trade Development Council, which surveyed 2,400 wine consumers aged 20-60 across 10 major cities in mainland China, most people bought wine for use in non-social situations, for health considerations, and for its beautifying properties.

Red wine possesses the color and luster of rubies, which makes it especially suitable for major ceremonies and entertaining guests in China due to the deep cultural significance of the color; red has been considered a representation of good fortune, power, and wealth throughout China’s history. The demand for rosé wines in China is also influenced by their pink color, seeing as it has become favored by many women.

Over the past few years, the structure behind Chinese wine consumption has experienced great change. Previously in China, and especially in the relatively cold northern regions, regular wine consumption was limited to males. But today, women may also be found drinking a glass or two at celebrations and parties. With the westernization of many aspects of the metropolitan Chinese lifestyle, the traditional baijiu (white spirits) is no longer embraced to the extent it once was.

The significance of the color red

The Chinese people’s love of wine does not come solely from its flavor, nor is it due only to its health benefits (grape wine is considered to have greater health benefits than cereal wines); more important are reasons of society and culture, as the Chinese see their ideals of wealth and good fortune reflected in the rich and vibrant red coloring of grape wine.

A brief history of the rise of wine in China

In the 1990’s, as China pursued a positive GDP growth rate and increases in household wealth, wine consumption habits developed rapidly. In 1996, Premier Li Peng toasted Congress with a glass of red wine, speaking to its health benefits as compared to the spicier and hotter baijiu. After this, wine began to flourish in China, with increased consumption especially noticeable in groups of greater wealth and higher education. To meet these larger market demands, stores carrying varieties of wine began appearing in every major city.

Since entering the 21st century, wine consumption from the traditional major global markets has maintained its former levels, while consumption in the Chinese market alone has skyrocketed. This has left wine producers across the world scrambling to keep up; one French newspaper even described China’s increased demand in recent years as “stupefying.”

The current state of the wine market in China

Although only 3% of its population currently drinks wine, China has already become the world’s fifth-largest market. Worldwide production in 2018 was 29.2 billion liters, with sales of 24.3 billion liters. Among the countries with the highest sales, China took the fifth spot with 1.79 billion liters to become one of the fastest-growing markets.

If China reaches an average of just 3 liters per capita, it will have become the world’s largest market.

According to statistics from the International Organization of Vine and Wine, China’s average yearly wine consumption in 2016 was 1.24 liters per capita, which was less than half of the worldwide average of 3.35 liters. If China reaches an average of just 3 liters per capita, it will have become the world’s largest market.

In 2005, four years after China had entered the World Trade Organization, wine really started to gain a foothold in the country. In the beginning, the primary imports were Bordeaux wines, along with smaller amounts from the Burgundy, Rhone, and Champagne regions in France as well as famous Italian wines.

In February 2008, the Hong Kong government made imported wine tariff-free, and as a result, imports increased by over 80% for the year. A large portion of this wine was ultimately distributed to the mainland.

According to statistics from the Hong Kong Trade Development Council, Hong Kong wine exports in 2018 were valued at USD 439 million, with 84.4% headed to mainland China. Taking last year’s total wine imports of HKD 12 billion (USD 1.5 billion), this means that approximately 1/3 of the wine transported to Hong Kong that year was ultimately sold to mainland China.

Where are China’s imports coming from?

France remains China’s largest source of wine imports, and in 2018 the value of French wine imports in China was around USD 1 billion, but this still represented a year-over-year decrease of nearly 9%. China’s second-largest import source in 2018 was Australia, with a value of USD 700 million representing a 3.5% decrease from the previous year. Chile was the third-largest import source, with total imports valuing USD 340 million for a 4.5% increase.

The advantages given to imported wine have become even more remarkable in recent years, with additional tariff changes. In 2012, New Zealand became the first country to enjoy tariff-free wine exports to China; in 2015 this was extended to Chile, in 2018 Georgia was added to the list, and as of 2019 Australia is included as well.

According to China customs data, during the period from 2011 to 2017, both the cost and quantity of Chinese wine imports increased by close to 12% each year. According to reports, Moldova is expected to become the fifth tariff-free country.

There has been great difficulty in increasing both the quantity and quality of domestic wine production in China, due to excessive winemaking costs as compared to many other countries, and as a result, China’s import market for wine has seemed insatiable. Not only has there been strong Chinese demand for cheaper wines in the low end of the market, but also higher-end wines from private brands that draw consumers with their status and packaging. With this range, overall profits in the import market are maximized.

2018 imports take a step back due to external factors

In 2018, due to the pressures of a falling economy and the influence of the US-China trade war, the rate of imports and consumption slowed. China customs data show that 2018 was the first year-over-year decline for Chinese wine imports since 2014, with an import quantity of 675 million liters representing an 8.95% decrease.

Wine imports in Hong Kong have slowed to match. The Hong Kong Trade Development Council stated that last year, the total amount of wine exports dropped 22.5%, with calculations on values showing an even more dramatic decrease of 64% through the first half of 2019.

Thankfully, the value of the wine import market is clearly still on the rise, in 2018 reaching USD 2.82 billion for a 1.1% increase. This can be described as a “drop in volume, increase in price” phenomenon, and as long as China’s demand for wine remains high and growing higher, the import market will surely follow in its footsteps.

With the emergence of individual consumption, societal usage of wine in China has shifted from business banquets to dinner at home, gradually becoming a part of people’s everyday lives.

In a 2017 survey of wine consumers in mainland China, the Hong Kong Trade Development Council uncovered the surprising finding that a majority of respondents enjoy drinking wine at home. In fact, 74% of those surveyed said that they drink wine alone in their homes, while the next highest selections were at gatherings with friends (66%), dining out alone or with family (58%), formal banquets (54%), and business events (52%).

Results also showed that 77% of the population drank wine for reasons related to its health benefits, while 53% chose it because they enjoyed the taste. Either way, the number of Chinese wine drinkers is increasing, and they are purchasing wine for their own enjoyment rather than to be given as a gift or stored as part of a collection. This is how wine has entered into the daily lives of the Chinese.

Additionally, the survey data showed that 47% of respondents purchased wine within the 101 to 200 yuan (USD 14.50~28.50) price range, and as a whole, the sample leaned toward middle and lower-range wines; the average consumer price of wine purchased for personal use averaged 193.6 yuan (~USD 27.50) per bottle. This data is evidence that as family incomes in China have risen, average consumer spending on wine has increased as well.

Another interesting result from the survey was that large bottles are not necessarily the leading bottling method in the China market. According to the study, 73% of respondents prefer smaller volumes of wine (such as 375 mL), and this was especially true of the female respondents, whose proportion was even higher (80%). Over the past few years, the “beautifying” effects of drinking wine before bed have gone “viral” through millions of fans on social media, causing smaller bottles of wine to become even more popular.

Although mainland China’s retail market is still dominated by brick-and-mortar stores like supermarkets and specialty shops, online retail now accounts for 22.1% of the country’s total wine sales and therefore cannot be overlooked. Some online marketplaces have stated that this year’s wine sales have more than doubled, with wines costing less than 200 yuan (~USD 28.50) making up 70% of sales and wines costing between 200 and 499 yuan (USD 28.50~71.00) making up another 15%.

Great potential remains for future growth in the China market

Over the past two years, the prices of wines sold in China have trended upward, and therefore promotions have been emphasizing wines in the 200 to 499 yuan (USD 28.50~71.00) range. China’s youth like to enjoy life, and they aren’t afraid to spend a little bit of money to achieve that enjoyment. Therefore, there remains great potential for further development in supplying this particular demographic with high-level wines.

According to Ctrip’s Food Forest survey data from last year, over 50% of those aged 25-35 would use wine as their first choice in a communal dinner-type situation; further narrowing this range to include only those aged 30-35, the proportion was closer to 70%. This is more evidence that while China has already become a huge market for wine, it has even greater potential for future growth. 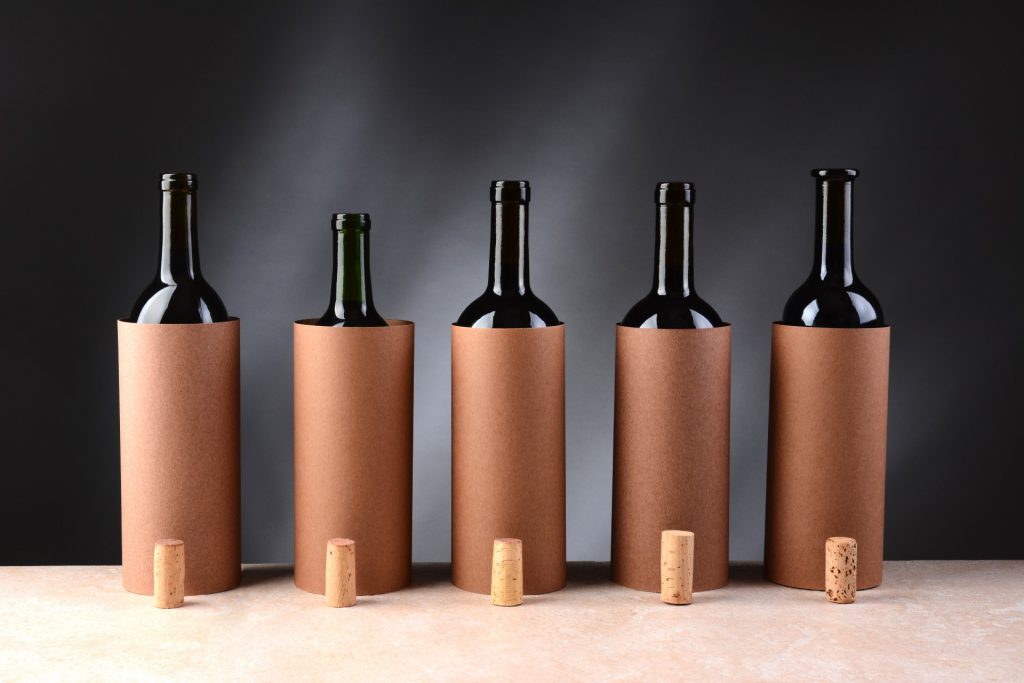 The blind box phenomenon has made its way firmly into China’s wine market – find out what exactly this trend entails, and how it could drive significant changes in the way consumers purchase wine. 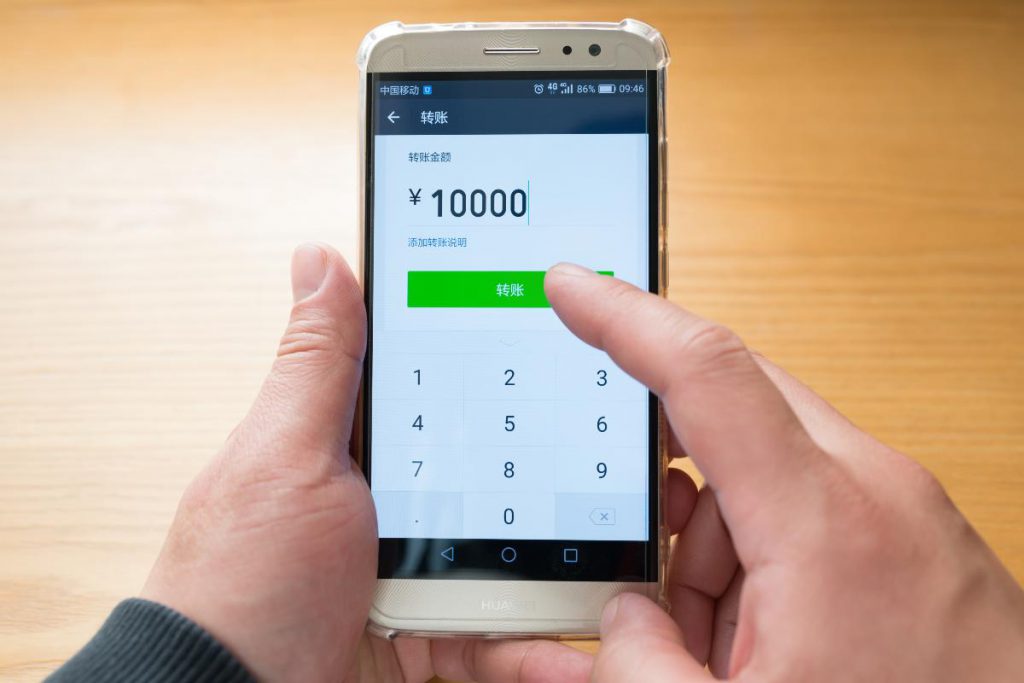 The year 2020 saw a surge in community group buying within the Chinese wine market. Learn more about the pros and cons of this disruptive new business model. 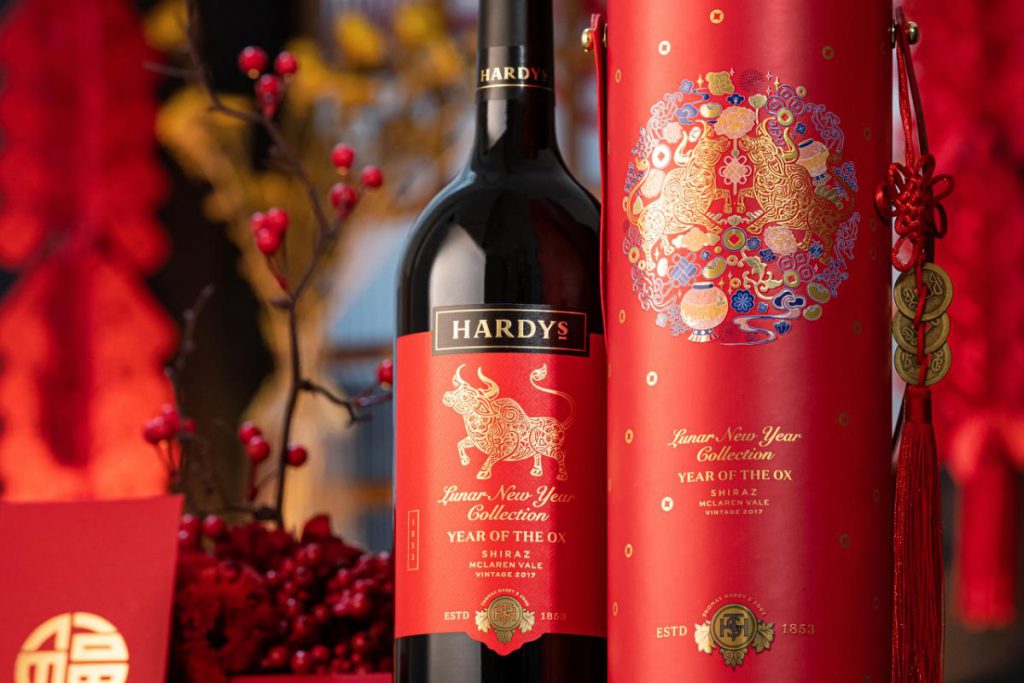 From tips on bottle sizing to brand design, discover 8 effective ways to help your wine brand rise above the rest in today’s competitive Chinese wine market.

Let's get in touch

We’d like to hear from you. Contact us to discuss the most effective strategy for your project. We look forward to helping you grow your brand in Asia.